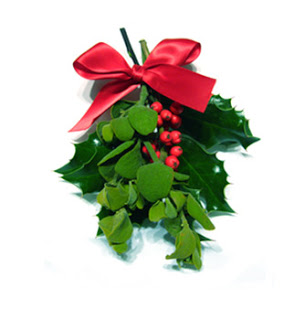 Not just for kissing… 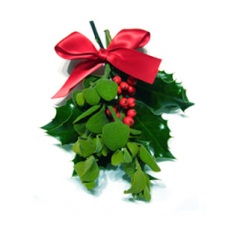 Steiner gave several series of lectures to physicians and medical students. Out of those grew a complementary medical movement, which now includes hundreds of M.D.s, chiefly in Europe and North America, and has its own clinics, hospitals, and medical schools.[1]

One of the most studied applications has been the use of mistletoe extracts in cancer therapy.[33] The extracts are generally no longer used to reduce or inhibit tumor growth, for which verifiable results have been found in vitro and in animal studies but not in humans, but instead to improve the patients’ quality of life and to reduce tumor-induced symptoms and the side-effects of chemotherapy and radiotherapy.[34] According to the National Cancer Institute, “Mistletoe extract has been shown to kill cancer cells in the laboratory and to affect the immune system. However, there is limited evidence that mistletoe’s effects on the immune system help the body fight cancer….[35] At present, the use of mistletoe cannot be recommended outside the context of well-designed clinical trials.” [36]

“He’s one of two physicians in Baltimore — and 50 total in the U.S. — allowed to prescribe mistletoe for certain cases. Hinderberger, now a board member of Believe Big, first learned about the treatment in the 1970s when he worked at a cancer clinic in Switzerland that specialized in alternative treatment.

Hinderberger describes mistletoe extract as the “backbone” of his cancer protocol, the specifics depending on the patient’s kind of cancer, current stage and treatment — surgery, chemotherapy or radiation.

While mistletoe is not approved by the federal Food and Drug Administration (FDA). It falls under the category of homeopathy and is paid for out-of-pocket, at a cost of $100 to $150 per month, depending on the extract intensity and number of injections.”