Preparing for a Colorado Spring.

It is spring in Southern Colorado, the mountain blue birds have returned with their wives, the Crow murders are flying East to their spring nests in the high Meadowlands , the elk have come down the mountain to nibble the grasses coming up against the lingering snow and frost.

We’ve started adding the winters manure from the horse paddock to all the deep beds, cleared the coops of all the straw and replaced it with pine shavings.

All of the winters livestock bedding is mixed into the deep beds. The chickens are then released into the beds to help churn up the medium, eat any critters that may have moved in (from tasty red worms to large creepy grubs) over winter. While they are working and turning the soil the birds are also leaving behind amazing little gold nuggets in the form of chicken turds.

Once the soil has been turned by the flock, the beds are soaked with water and covered with black tarps to Solarize them.

An old timer is keeping up the torch on sustainable, earth friendly farming by opening up his vast personal library to others.

He’s been farming organically since the 70s and has watched it all change. Creator of Friends of Trees, master arborist and farmer.

Sounds around the barn yard. This is Edger my Brahman Rooster announcing breakfast. He always lets them eat first after first checking it out for quality control.

Winter in the SLV, Co

The Cost of Egg production.

It is a real surprise when you start looking through your grocery stores egg selection. You have everything from a 36 pack of full factory chicken eggs at 2.99$ yes it’s cheap, it’s even subsidized by the US department of AG.

Most store eggs are over 30 days old and have trekked hundreds if not thousands of miles to reach your shelf. Those eggs, come from sad chickens. Very… sad. No day light, no room to stretch, peck or dirt bathe.

And you are consuming those very same stress hormones that little hen is dropping every day.

What the cluck can you do about it? Shop locally, get to know your neighbors and farms.

I maintain a higher quality of care for my flock of 25 laying hens. Their feed is 100% Certified Organic and non-GMO. I converted to all clean feed after bugging the manager at our local feed store for weeks on end. Now they carry the largest selection of organic certified feed! A must for the CNG farmer.
There are no antibiotics or hormones! We use oils, and herbs to maintain health, and even treat injuries.
Factory farm has an average of 1500 birds in an area less than an acre.
So-called “Free range” factories don’t use cages but rather lock their birds in large huts with simulated light, where hundreds of birds lay dead and dying on the floor and go unnoticed until that particular building of birds are hauled out for slaughter because they are “too old”!
So the next time you start to complain and whine about the cost of eggs at your local farmers market, think about the work it takes to maintain a small farm and flock. 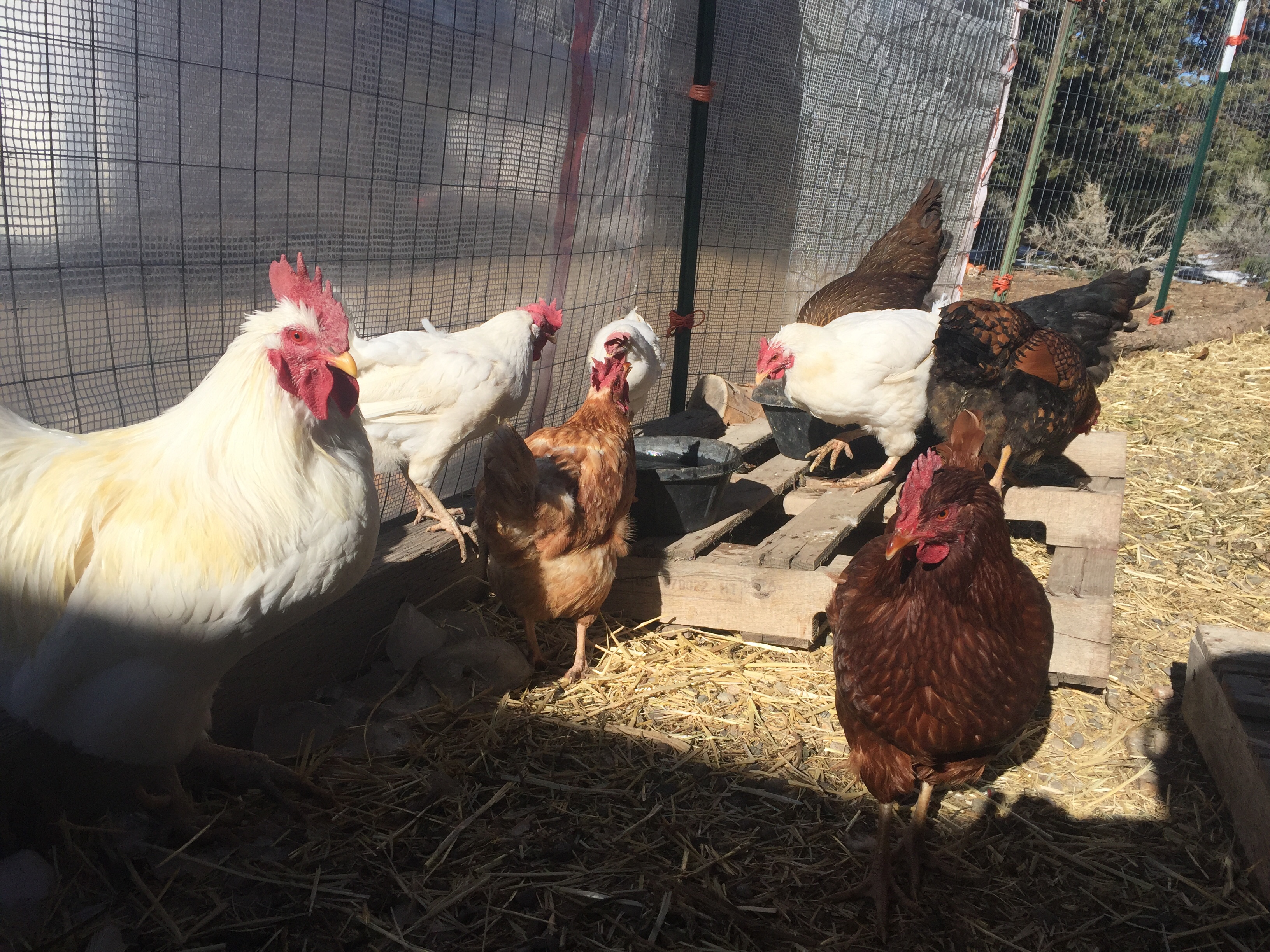 Constant daily dedication. I don’t get to take “days off”, I work 365 days a year, Winter, Spring, Summer, Fall to guarantee I have the best quality produce and eggs because of the dedication. 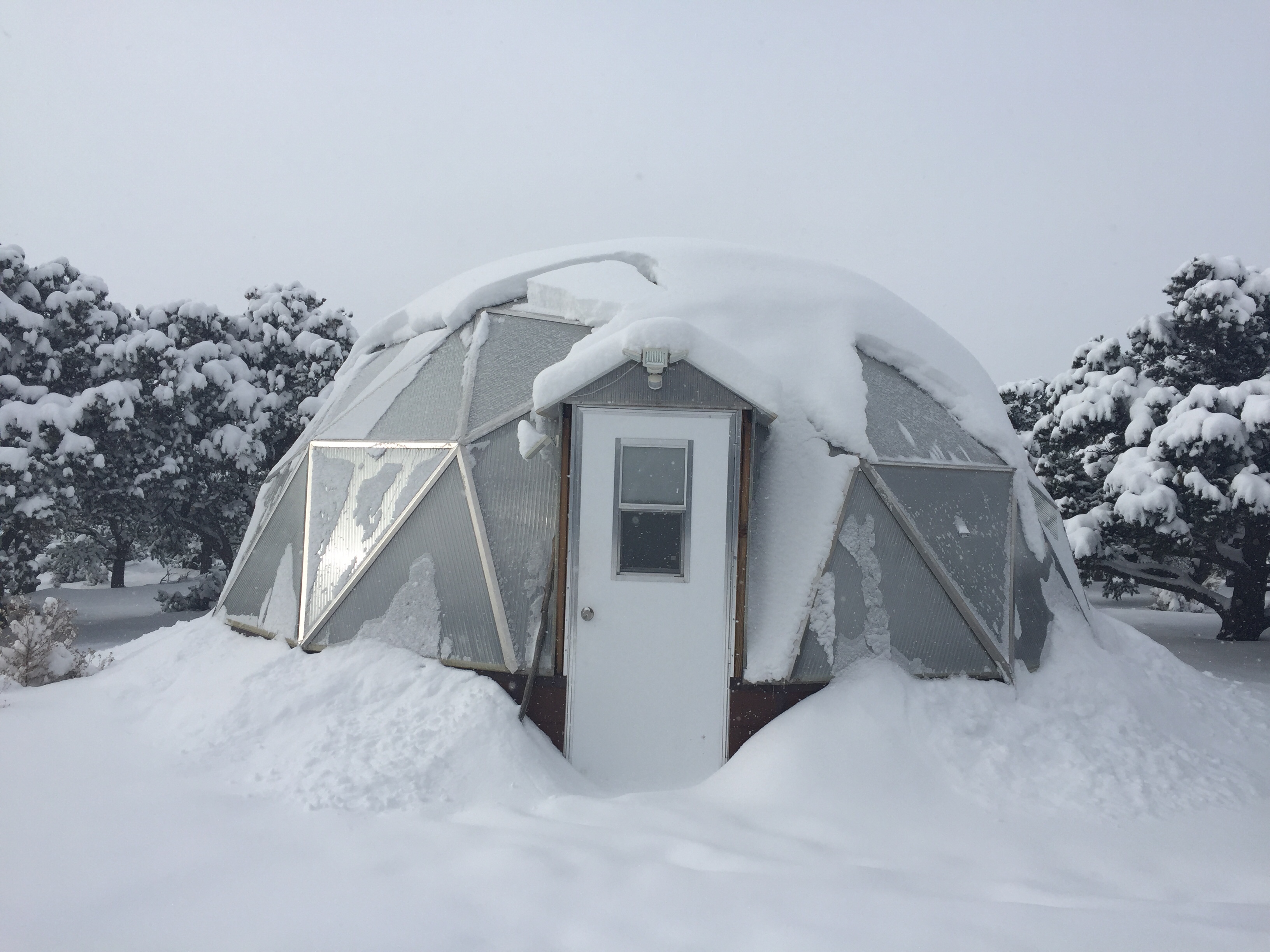 Our little flock gets greens and herbs out of our geodome. During the summer they get the greens from the garden.

Understanding PTSD in humans has been a field of study for over 50 years. It was once called “shell shock” or “trench syndrome”.

Now the same thing that plagued my grandfather and myself is being understood through healing horses.

Horses have the ability to heal humans, dogs anything with emotional trauma. Bring in their larger than life aura field is an amazing feeling. You can feel the calm radiating over ones body.

The pride and calm that comes from these beast transfers to the human, creating an embolus loop of spiritual and physical healing.

But what happens when the healer needs to be healed? Understanding the condition of fear is step one. As we as humans, come to help the equid; we’ve come to learn how to help ourselves through them.

Equids are prey animals. They have large eyes set in the side of their heads, long legs to move them over land quickly and efficiently. 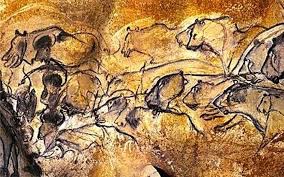 We are upright, we use tools and we can can run for extended periods of time, wearing down our prey by chase. Our eyes are set forward, we have canines and independent digits on our hands. We can use tools and FIRE!

But somewhere along the way, the heavy breathing up right “human” made a long lasting companionship with the wolf, and the HORSE.

How does a predator and prey come to rely on each other? What could we possibly benefit from associating with a four legged tump roast?

The horse gave us freedom. Some will argue that the horse has only been part of our modern world for 10,000 yrs. I disagree. (That’s an entire blog on its own)

The relationship we have grown with the equids goes back much further than we as modern man are ready to admit.

But what happens when the horse and human enter the modern world? Our minds and bodies must adapt to a world we were once the masters, and queens of. Now, we are the serfs to technology.

War, poverty and the human condition spreads past the ghetto or big box grocery. It’s extending back to the source of our sanity, and destroying it.

Understanding where conditioned fears originates is how we as a species can come around, save ourselves and our planet.

Healing does not end with one, it leaps like a frog from one pad to the next.

Once and a while you have to leave the valley. 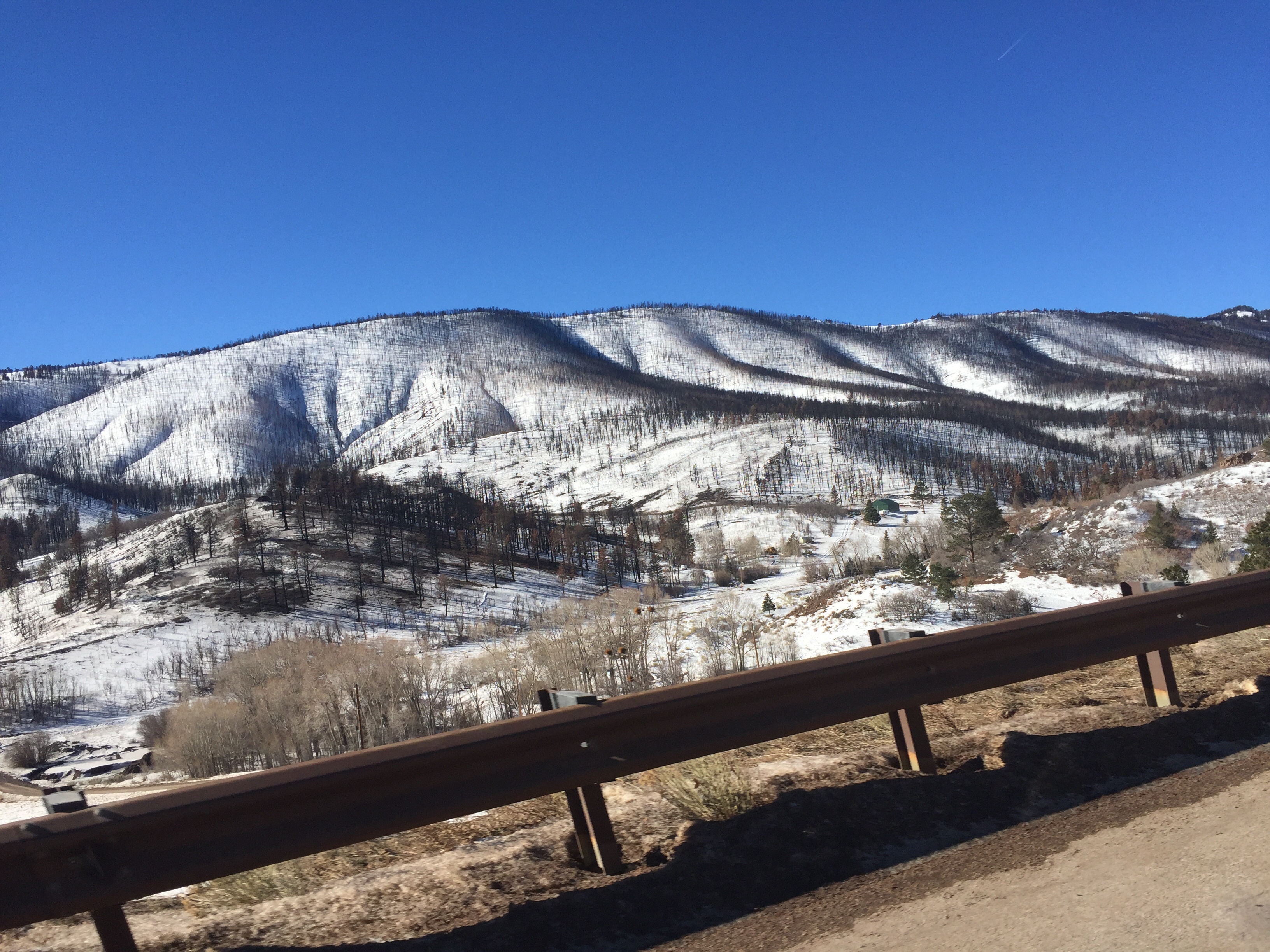 Life around the Ranch.

Living on the Edge of the Wild West. 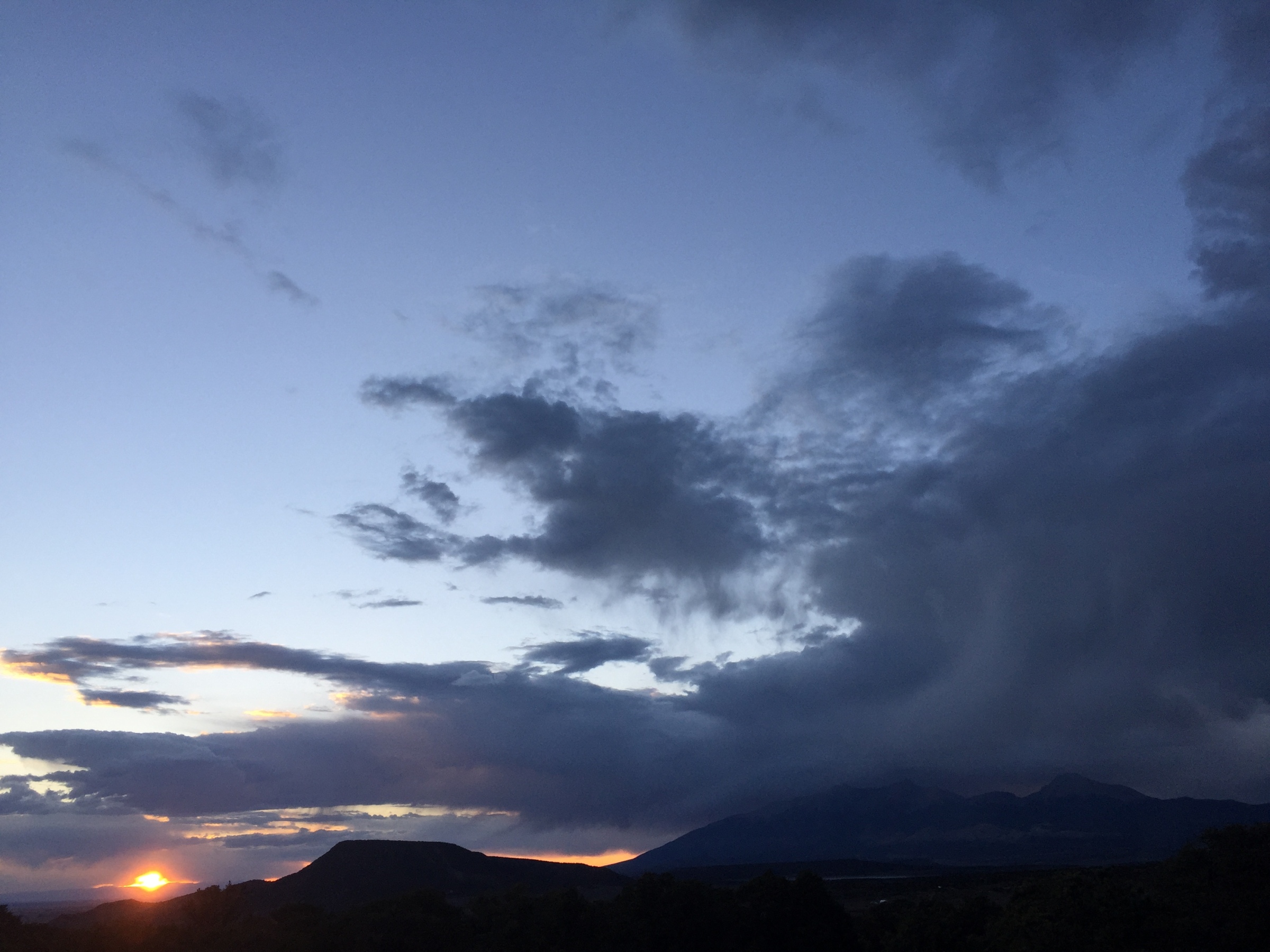 Living on the edge of “nowhere” has its challenges and rewards. The White Crow Ranch is off the beaten path, in fact, the road scrapers stop just a mile up the mountain road from our little homestead.

In a good winter, you can guarantee being snowed in for a few days, week or more. One must be ready to endeavor some of the most spectacular landscapes in the United States but first must survive its creation.

Blizzards that last for days if not hours will howl down the valley floor and up to the pinon` lined mountainsides at a hair-whipping 65-70 MPH… And with it a deep blanket of dry cold snow.

This year we beefed up our solar. Our wattage had been a sparse 900 watts an hour on two 12 volt solar bank batteries. The first winter we lost power just about every other day! Our Solar system wasn’t able to bank the power and provide passive power on cloudy days. The act of the pump coming on with water use zapped the batteries. Leaving us heating pots of water on the amazing wood stove. Watering three horses, a small flock of chickens, humans, several dogs was a challenge the first year.

This coming winter will have a set of new adventures.

The community East of me suffered serious forest loss in a fire that burned over 110,000 acres in nine days.

With no trees to slow the snow, we will have a deeper pack at lower elevations. (great for the aquifers, tough to get around)

We need it considering THIS was the heaviest rainfall we had all year back in early August.

The power of Silence & the cost of peace.

Noise pollution is linked to depression, anxiety, anger, and PTSD.